Everything you need to know about living in Dewsbury

In the heart of the country and just a few miles from some of the UK’s powerhouse cities, Dewsbury is a hugely popular area for property hunters. In this Dewsbury guide, we’ll tell you everything you need to know about the town, where to live and how much it costs to buy a property. We’ll also highlight Dewsbury’s best schools, pubs, and restaurants, and showcase the area’s superb transport links.

Properties for sale in Dewsbury 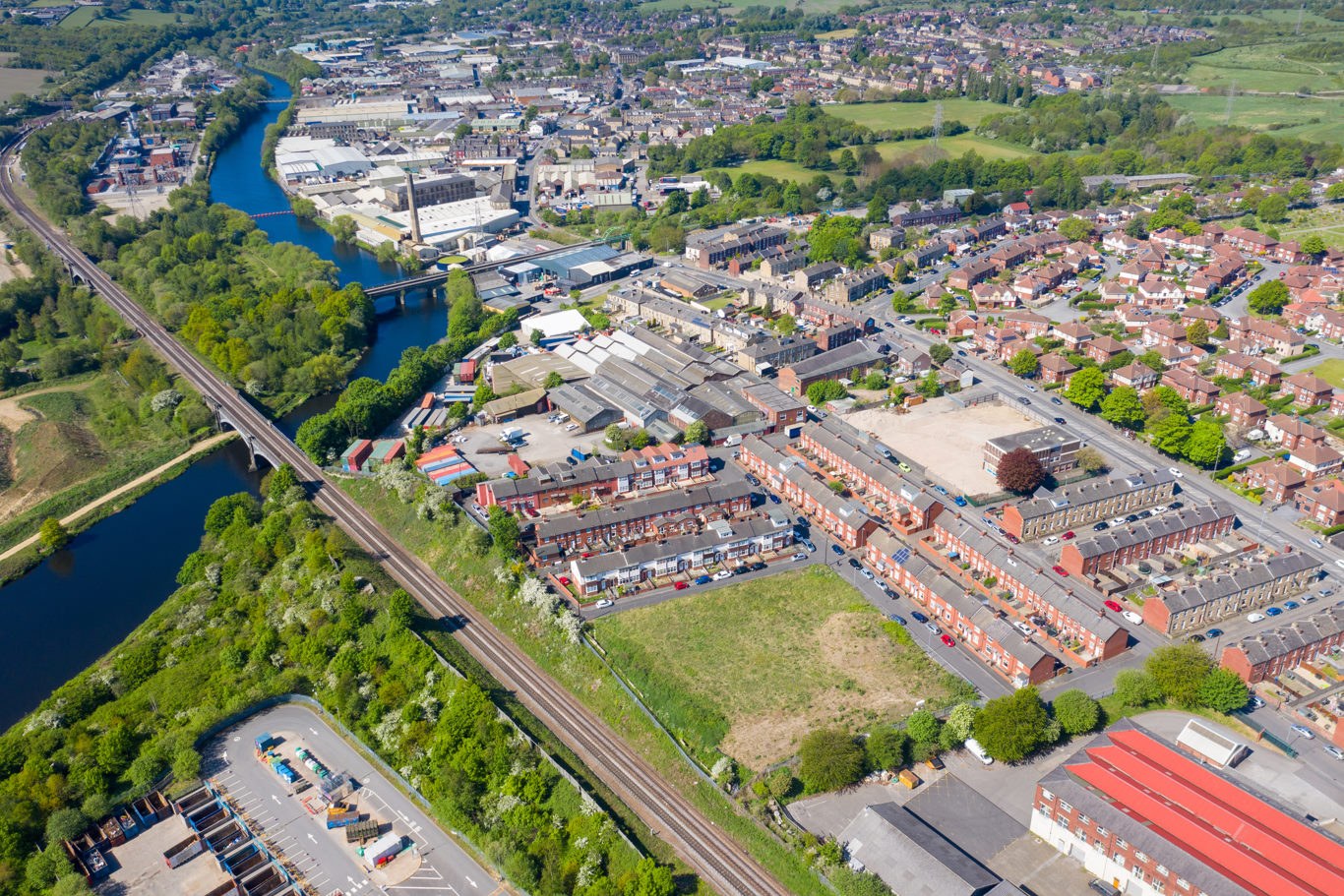 Dewsbury is in the north of England, eight miles from Huddersfield and six miles outside of Wakefield.

The town is eight miles south of Leeds, which is the biggest city in West Yorkshire, and the same distance from Bradford, separated from both cities by the M62 motorway.

What county is Dewsbury in?

Dewsbury is part of the county of West Yorkshire and is a major town in the borough of Kirklees.

Traditionally, Dewsbury is part of the West Riding of Yorkshire.

What is Dewsbury famous for?

Dewsbury is best known for its textiles industry throughout the 19th century.

In more modern times, the town has become known for its open market, which is the largest in Yorkshire.

The best places to live in Dewsbury

South of the River Calder, Savile Town is home to lots of period properties from the Victorian era.

West of the town centre and close to the A644, Westtown has lots of mid 20th century housing as well as Victorian period terraces.

South east of Dewsbury town centre, Earlsheaton is close to the River Calder and offers buyers and renters a mix of early-to-mid 20th century houses and some Victorian, stone-built terraces.

Chickenley is home to some more modern new-build style houses, as well as the period terraces and mid-20th century properties found in nearby Earlsheaton.

South West of the town centre, Ravensthorpe is close to the River Calder and Dewsbury Country Park and offers buyers and renters a variety of period and more modern properties.

Between Ravensthorpe and Westtown, Scouthill sits on the northern bank of the River Calder and has some excellent, large early 20th century houses alongside smaller, period terraces.

Just to the east of Dewsbury Country Park, Dewsbury Moor has lots of large semi-detached family homes alongside 1970s terraces in streets like Groves Hall Road.

South of Savile Town, Thornhill Lees is home to lots of mid-20th century semi-detached homes, alongside some of Dewsbury’s best period terraces.

Just over three miles south of the town centre, the village of Thornhill offers property hunters some superb options, with views across the rolling West Yorkshire hills from roads like High Street and Overthorpe Avenue.

The village of Hanging Heaton, north east of Dewsbury, has superb views out towards Batley, particularly from properties on Kirkgate, while Derwent Road has some of the best bay-fronted early 20th century homes in Dewsbury. 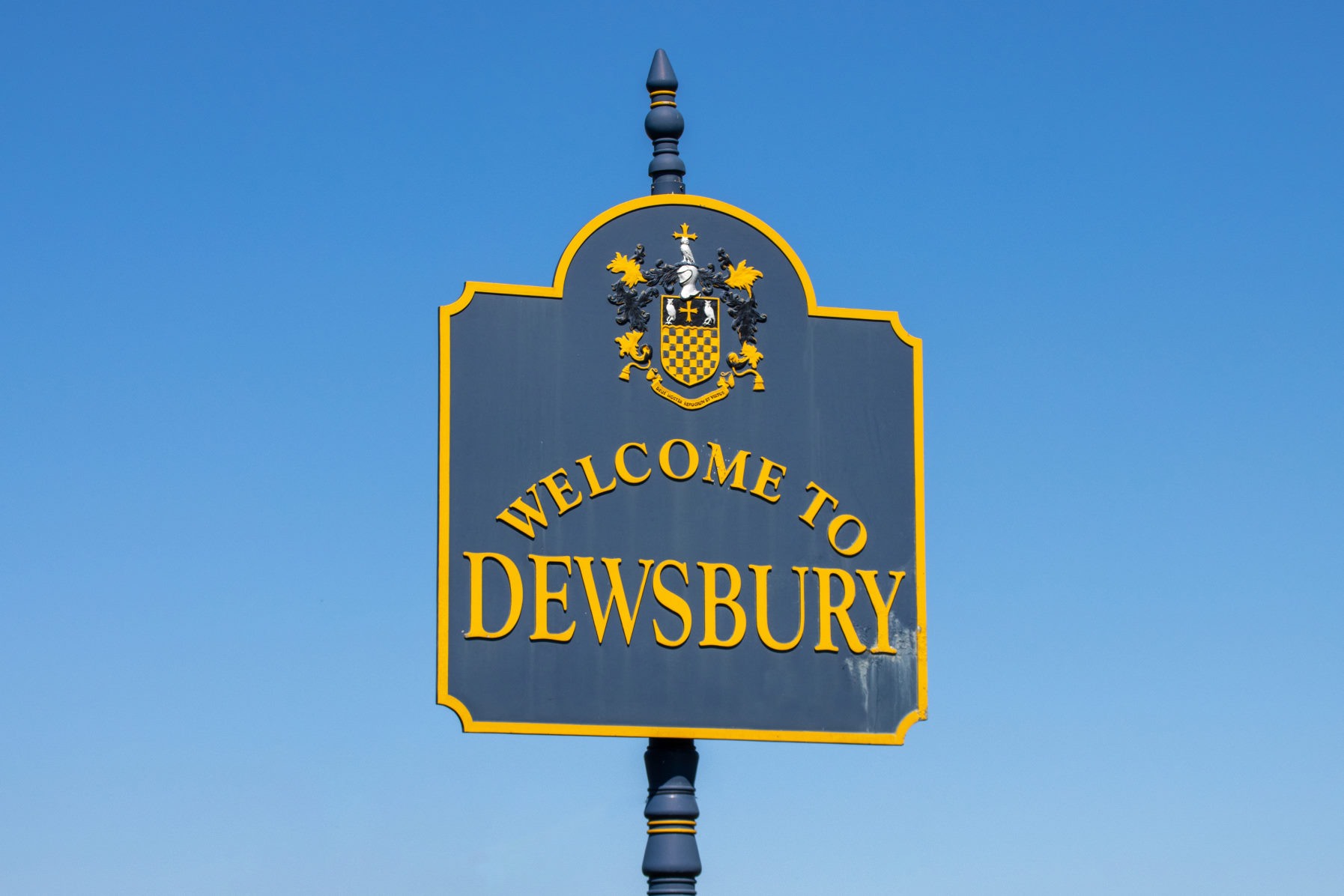 The average price of a property in Dewsbury in the year to August 2021 was £148,941 according to Dataloft Inform.

A Band A property in Dewsbury will cost you just over £1,200* a year in council tax.

Property to rent in Dewsbury

Rental properties in Dewsbury include many of the area’s much-loved stone-built Victorian terraces, as well as larger 20th century family homes and more modern houses on recent developments.

The average monthly rent for a property in Dewsbury was £514* in August 2021.

Buy-to-let investors, meanwhile, can expect yields of up to 5% from rental properties in Dewsbury, with plenty of demand from young professionals commuting to Leeds or Bradford.

Dewsbury is home to a number of ‘Good’-rated primary schools, including:

There are also several ‘Outstanding’ primary schools within three miles of Dewsbury, including:

Dewsbury is perfectly located for access to West Yorkshire’s largest cities, as well as some of the best green spaces in the north of England.

Rail services from Dewsbury to Leeds arrive in the city in just 13 minutes, while direct services to Manchester Victoria take just over 40 minutes.

Trains to London, meanwhile, take just under three hours via York or Leeds.

West Yorkshire’s motorway network means Dewsbury is as well connected by road as it is by rail.

The M62 links Dewsbury with Manchester in the west and East Yorkshire to the east, while the M1 connects the town with Sheffield and Nottingham to the south and Leeds to the north.

The A638, meanwhile, links Dewsbury with Wakefield, while the A642 runs to Huddersfield.

Leeds Bradford Airport is just 12 miles from Dewsbury, with flights to destinations all over Europe, as well as domestic services to Southampton, Belfast and the Channel Islands. 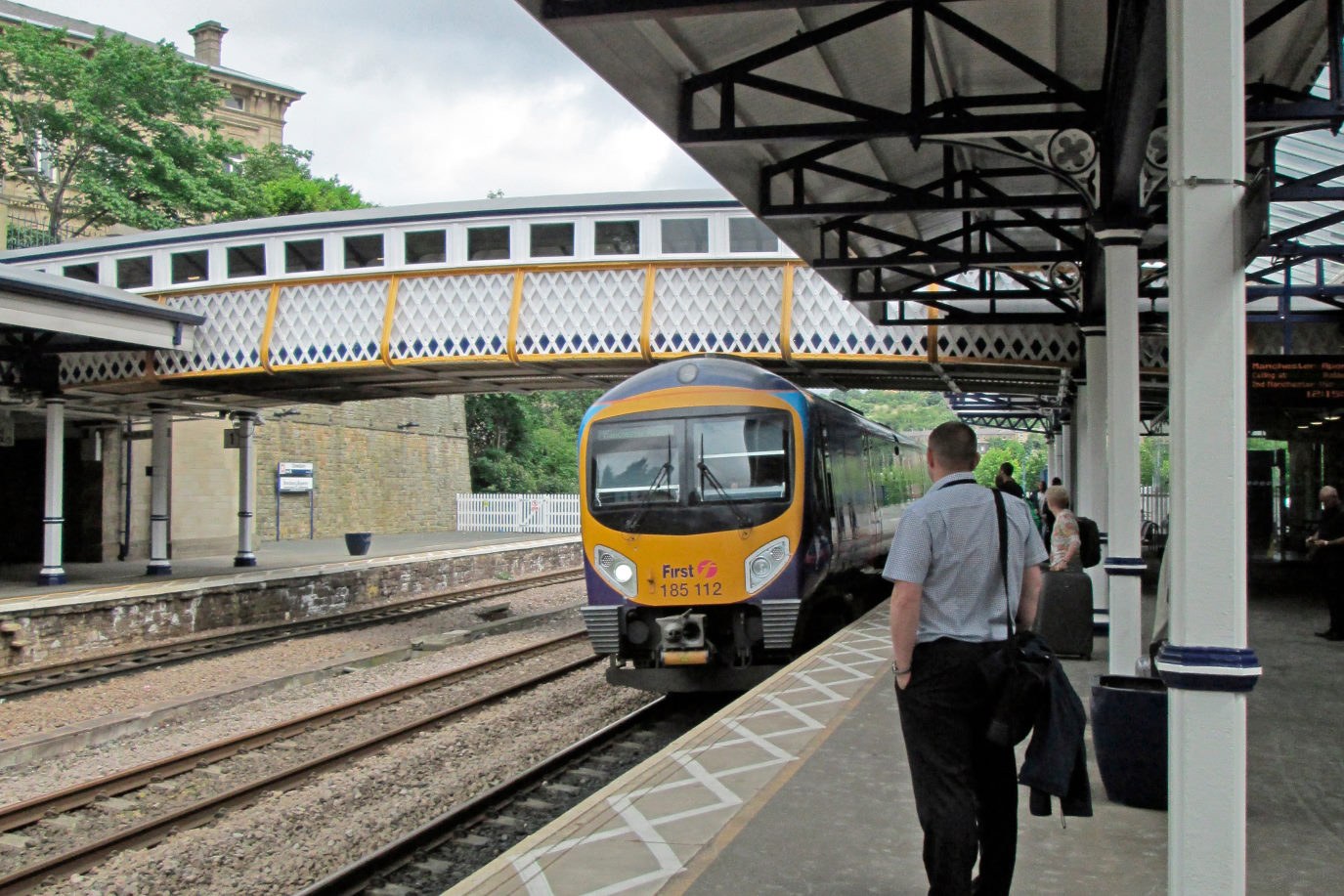 Five of the best pubs in Dewsbury

From real ale to great wines, Dewsbury’s best pubs offer it all. Here is our top-five…

Just a few miles from Dewsbury in nearby Batley, The Fox & Hounds is a traditional pub showing big screen sport and with live entertainment each weekend.

The venue also has an extensive food menu, drinks selection and app-based ordering system straight from your table.

Located at Savile Town Wharf, close to the canal and south of Dewsbury town centre, The Leggers Inn is a beautiful venue to capture some sun while enjoying a drink.

As well as a stunning outdoor seating area, the venue’s interior is full of character and adventure, making this a hugely popular pub.

The West Riding, as it’s known for short, can be found in the original waiting room on platform two at Dewsbury railway station – making it a truly unique venue.

Open since 1994, the pub offers a good selection of real ales, including some from local brewers, and is a popular haunt for pub-lovers who have just stepped off an arriving train.

East of the town centre near Shaw Cross, The Huntsman was originally a farmhouse but is now a pub offering stunning views across West Yorkshire.

The venue also boasts a good home-cooked menu and plenty of drinks options alongside those breath-taking views from the Paddock drinking area.

Part of the Ossett Brewery group of venues, The Brewer’s Pride can be found in Ossett itself – just around the corner from the brewery.

As well as a selection of its own ales, the Brewer’s Pride runs a pie night on a Wednesday and offers a superb traditional roast on a Sunday.

The best restaurants in Dewsbury

Multicultural Dewsbury is packed full of great restaurants serving cuisines from across the globe. Here is our top-five…

Shama can be found in Heckmondwike, a few miles north west of Dewsbury – and it’s well worth the short journey.

The restaurant serves classic Indian dishes in a cosy and inviting atmosphere.

Between Heckmondwike and Dewsbury, Lakeside Restaurant can be found alongside Dewsbury Country Park and close to the River Spen.

The Sunday carvery is especially popular with locals.

If Mediterranean food is your taste, Nikos Greek in Ossett is well worth a visit.

Known affectionately as ‘Sammy’s’ by Heckmondwike locals, Samarkand serves up classic Indian and Bengali dishes, as well as offering a popular takeaway service. 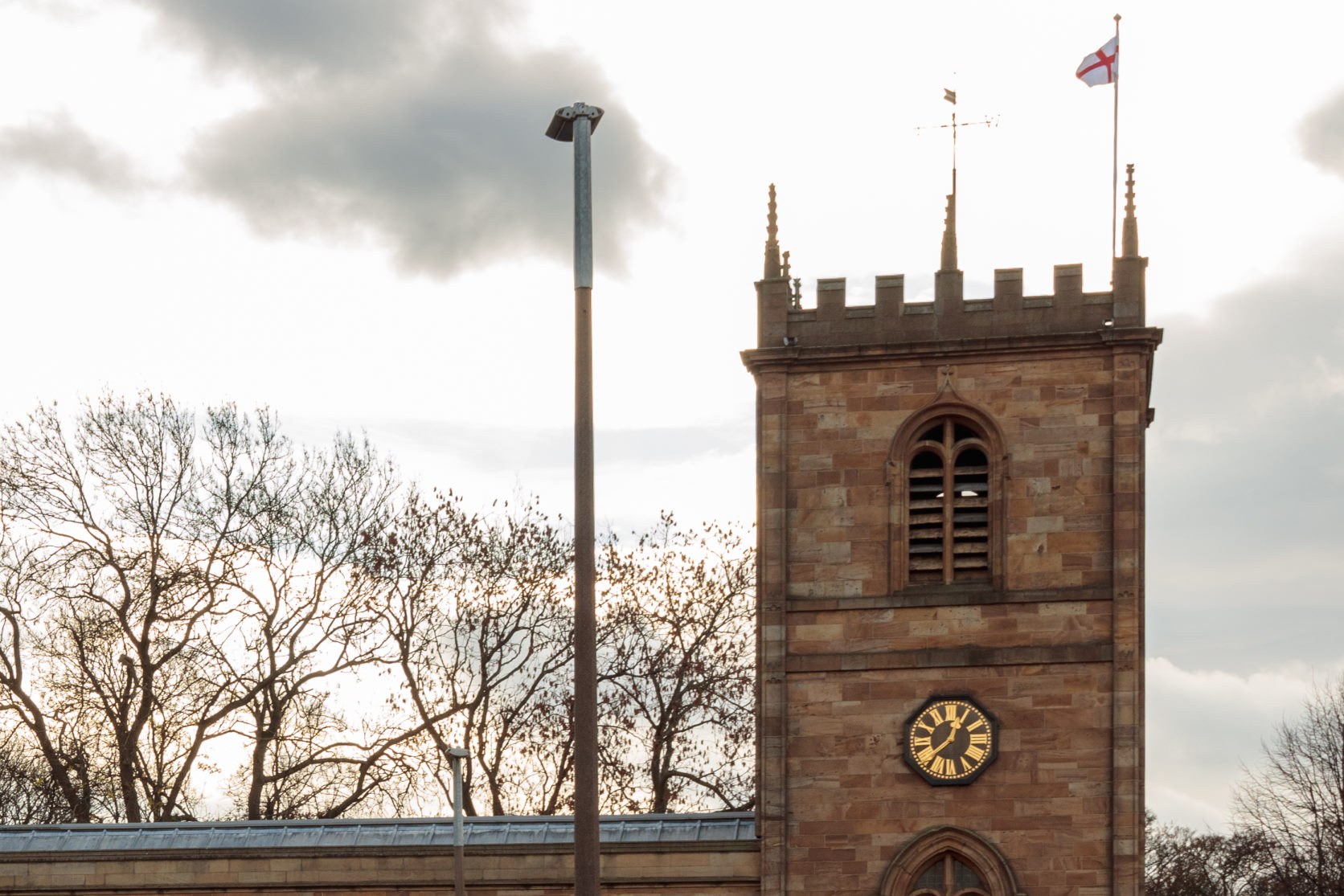 Things to do in Dewsbury

A sense of Dewsbury’s history is perfectly captured in a visit to the town’s famous Minster, while the refectory offers tasty bites and cups of coffee when your exploration of the site is complete.

For easily accessible green space, head to Crow Nest Park in the Boothroyd area of the town, where you’ll find beautiful scenic parkland, with a lake, playground, and plenty of walks.

Heckmondwike, meanwhile, is home to Ponderosa Zoo and more than 120 animals, including lemurs, reindeer, and a whole host of reptiles.

For shoppers, Dewsbury town centre is home to the likes of Next, JYSK, Sports Direct and Matalan.