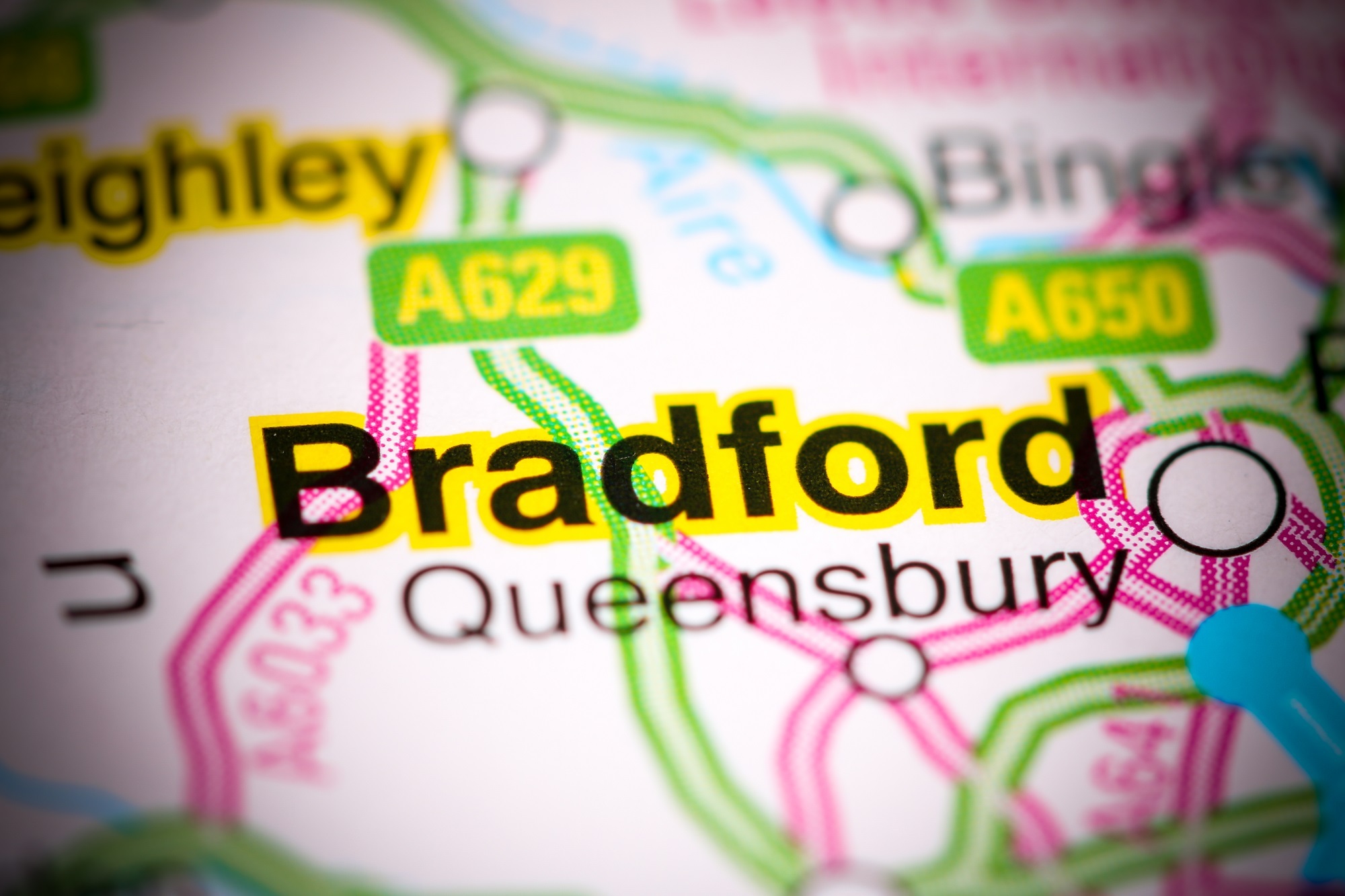 Traditionally best known for its textiles industry, Bradford is a city making waves these days.

Thanks to huge swathes of regeneration and burgeoning start-up culture, Bradford is fast becoming one of West Yorkshire’s powerhouses once again.

It’s a cultural hub, too, with street theatre, music and a huge variety of food and drink all on the menu for residents and visitors.

Lying in the foothills of the stunning Pennines, Bradford is just over eight miles from Leeds and 16 from Wakefield.

Backed by its industrial past, Bradford has enjoyed a regeneration programme that has seen it rise to become one of West Yorkshire’s biggest economies once again.

And thanks to investment in the city centre, retail and transport links, the city’s popularity with buyers and renters is on an upward trajectory.

Property for sale in Bradford

Property for sale in Bradford is largely Victorian and stone-built, so if you love period homes, you’ve come to the right place.

And despite Bradford’s increased presence among West Yorkshire’s elite cities, property prices have remained hugely achievable for every budget.

Buyers should expect to pay in the region of £140,000 for a semi-detached property, while many of those traditional Victorian stone-built terraces are available for south of £100,000.

Even large detached family homes come in at around the £250,000 mark, which is only marginally above the UK national average property price.

Houses for sale in Bradford

Houses for sale in Bradford city centre are largely those stone-built Victorian terraces, usually with two bedrooms and period features like high ceilings and ornate fireplaces.

As you move further away from the city, larger period homes can be found in areas like Listerhills.

Families looking for more room and a quieter pace of life should head for suburbs like Eccleshill, Clayton and Allerton where spacious semi-detached homes from the mid 20th century are available alongside Victorian semis and large stone-built cottages.

Houses to rent in Bradford

As well as a good stock of rental flats and apartments, Bradford is also home to many larger houses to rent.

Expect to find plenty of those two-bedroom terraces in the city centre, with larger period homes up for let further out of the heart of the city.

Flats for sale in Bradford

It’s fair to say the kind of flats for sale in Bradford has really changed over the years.

As a former textile city, many of Bradford’s former industrial buildings have been converted into stunning loft-style apartments.

There are plenty of more modest apartments in the city’s old mill buildings, too, which are great options for first-time buyers or investors looking to attract young professional renters and students.

So, as with Bradford’s houses for sale, there’s real value to be found from flats in the city, too.

Bradford’s location makes it an ideal commuter spot for those working in some of the north’s large cities.

On the railways, trains from Bradford Interchange to Manchester take around an hour, while services roll into Leeds in just 20 minutes.

Blackpool, Huddersfield and York are also easily reachable by rail.

Bradford also links well with Manchester by road thanks to the M606 and M62, while the M62 and M621 connect the city to Leeds in around 30 minutes.

And if you’re looking for a getaway by air, Leeds Bradford Airport is only a half-an-hour drive away and offers flights to a whole host of destinations.

Bradford’s schools are, without doubt, some of the best in West Yorkshire.

The University of Bradford, meanwhile, is the academic home of more than 10,000 students, many of whom live in the city itself.

Eating out in Bradford

There’s only one place to start when it comes to Bradford cuisine – curry.

Bradford has long been known as one of the UK’s Curry Capitals and the sheer amount of choice in the city alone is enough to make lovers of spicy food salivate.

MyLahore on Great Horton Road, meanwhile, has more than 1,900 five-star reviews on TrustPilot – well worth checking out.

If spice isn’t your thing, there’s plenty more to get your tastebuds tingling in Bradford.

For a touch of history alongside some food, try Emily’s: The Dining Room at the very place where the Bronte sisters were born between 1816 and 1820 in Thornton.

Things to do in Bradford

If you love your shopping, there’s plenty for you in Bradford.

The Broadway shopping centre offers more than 70 shops, while the Kirkgate Shopping Centre is home to an array of High Street brands.

Of course, Bradford’s location at the foot of the Pennines also means plenty of outdoor space to enjoy.

A must is the Bradford Millennium Way – a 45-mile circular walk featuring some of West Yorkshire’s best scenery.

Bradford City ply their trade in League One, while the Bradford Bulls rugby league team have a rich history and play their matches at Grattan Stadium.

If your children are interested in all things tech then a visit to Bradford’s National Science and Media Museum should be on your list.

Alternatively, the Bradford Ice Rink is as popular as ever, while the city also features a Cineworld cinema and Hollywood Bowl ten-pin alley.

Whitegates has been selling, letting and managing great properties in Bradford since 1979 – that’s 40 years of amazing experience in the local area.

If you are looking at moving to Bradford take a look at our available properties or get in touch with Whitegates Bradford who will be happy to answer any questions you have on the area.