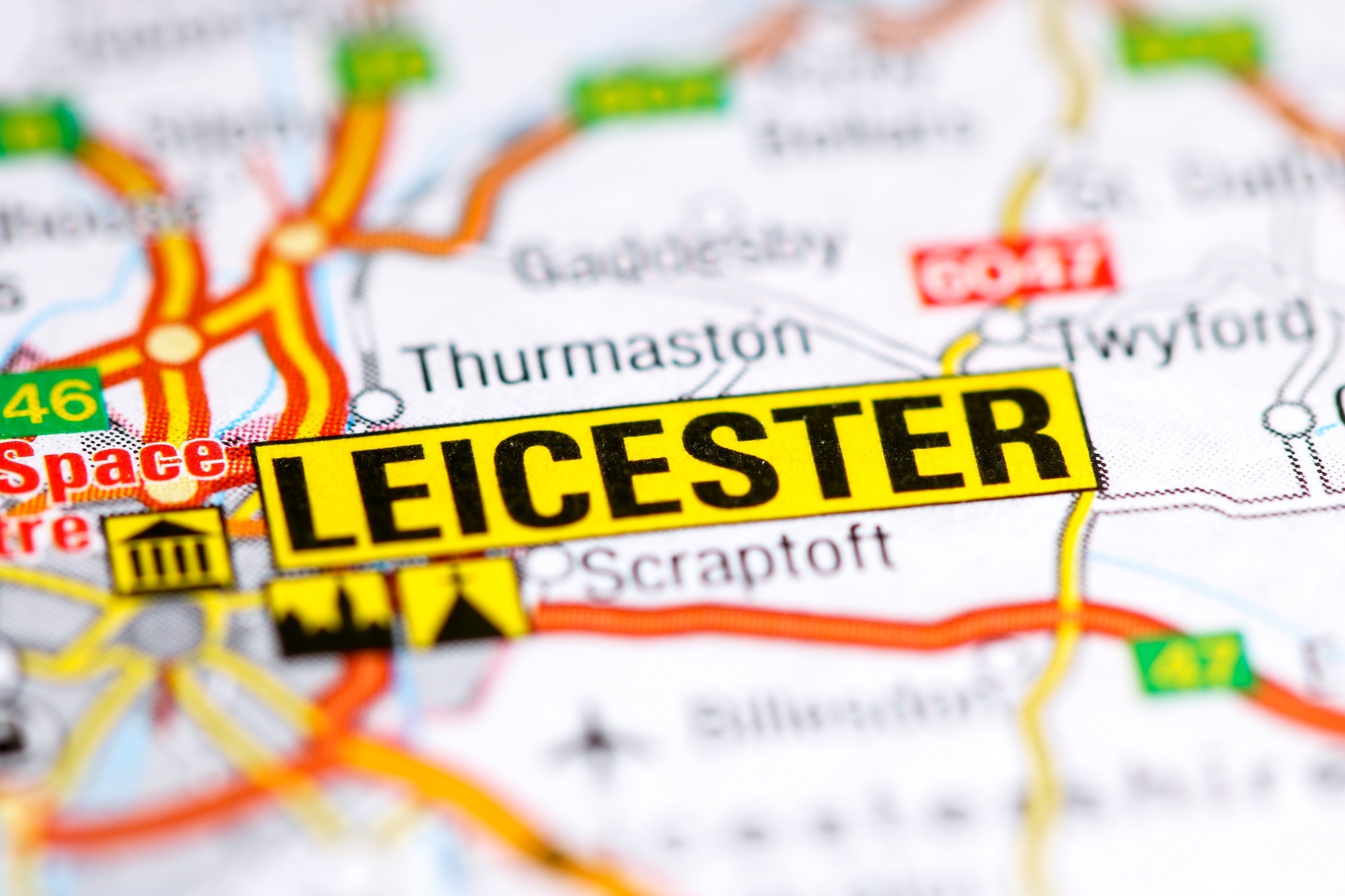 Imagine being able to get anywhere in England inside four hours?

Well, if you live in Leicester, you need imagine no more.

Leicester is in the East Midlands, but it’s actually one of the most central places in the country, meaning reaching anywhere by road or rail is a breeze.

And with Leicester’s property prices hovering around the national average, there’s real value to be found in this cosmopolitan city whether your aims are family space, commuting options or the green space that comes with Leicester’s title of the UK’s first ‘Sustainable City’.

Living in Leicester: Everything you need to know

Leicester, predictably, has been tagged as something of a commuter hotspot thanks both to its location and its excellent transport links.

And while it’s true that the city provides a multitude of options for commuters, it’s also a great place to live in its own right.

Engineering, retail and manufacturing jobs are all up for grabs in Leicester, not to mention academic roles thanks to the city’s two universities and host of schools.

If you love the great outdoors, too, there’s plenty to get excited about, with Leicester sitting pretty on the edge of the National Forest.

Property for sale in Leicester

Leicester offers plenty for buyers at all levels, whether you’re a first-timer, second-stepper or experienced house buyer looking to downsize.

Of course, Leicester is a city which means knowing where to start your property search can be tricky.

City centre living is popular with young professionals, who pick up many of Leicester’s converted flats and apartments, many of which used to be spacious industrial buildings and warehouses.

Away from the city, Aylestone, Little Stretton, Knighton Fields and Evington are popular with families, with suburbs such as these offering those quaint period terraces and 20th century detached family homes.

Houses for sale in Leicester

Leicester’s average property price of £216,845, according to Rightmove, brings the city in well below the UK national average.

And there’s more good news for lovers of period homes, with many of Leicester’s renowned Victorian terraces available for less than £200,000.

Houses to rent in Leicester

Renters in Leicester can also bag some significant value from the array of properties available to rent in the city.

Investors snap up many of the city’s loft-style apartments and one and two-bedroom flats like these are available for between £550 and £850 per month.

There are also plenty of houses to rent in Leicester, with three and four-bedroom homes available for between £840 and £1,200.

Flats for sale in Leicester

More modern flats and apartments in the city can be snapped up for around £150,000, while some period conversions are also available.

Some one-bedroom properties hit the market for below £100,000, too, meaning first-time buyers are firmly in the picture in Leicester.

Need to get to Birmingham inside one hour? No problem.

How about London in less than 60 minutes? Easy.

Leicester really is at the centre of everything in England and whether you’re heading north, south, east or west, you’ll be able to get anywhere in an acceptable time.

On the trains, Sheffield is reachable in 60 minutes, Nottingham in half-an-hour and Birmingham in 50 minutes, as well as London St Pancras in a little under an hour.

The M1 motorway, meanwhile, links Leicester to London and Sheffield, with the M40 to the West Midlands, A1M to the North East and M6 to the North West not too far away.

De Montfort University and the University of Leicester provide undergraduate and post-graduate opportunities galore for older students and rightly get much of the kudos when it comes to Leicester’s academic institutions.

But the schools are pretty good, too. Very good in fact.

So, as well as never being too far from another town or city, you’ll also never be too far from a superb school when you live in Leicester.

Things to do in Leicester

If you love your shopping, Leicester is a dream.

The city’s Highcross Shopping Centre is home to more than 100 shops, including All Saints, Apple, Boss and Clarins, while the Haymarket Shopping Centre and the city itself also boast plenty to keep shopaholics happy.

Away from the shops, Leicester is also something of a sporting haven and was put firmly on the sporting map thanks to Leicester City’s Premier League title win in 2016.

Leicestershire County Cricket Club is well worth a visit during the summer, while Leicester Tigers rugby union and Leicester Lions speedway teams are also based in the city.

If you live in Leicester and you have children, you have to visit the National Space Centre.

Your little Buzz Lightyears can go to Infinity and Beyond over and over again thanks to six galleries and a domed planetarium.

Gorse Hill City Farm is also well worth a visit in the summer, where your little ones can forget they are in the middle of a city for an hour or two by feeding the array of animals and playing in the adventure area.

Whitegates has been selling, letting and managing properties in Leicester for many years and our passion for the city has never waned.

Managing director Mitul Gadhia runs a network of five offices across Leicestershire, meaning your next property is never too far away.

To discuss your requirements, pop into our branch on Halford Street in Leicester, or contact the team via the website.