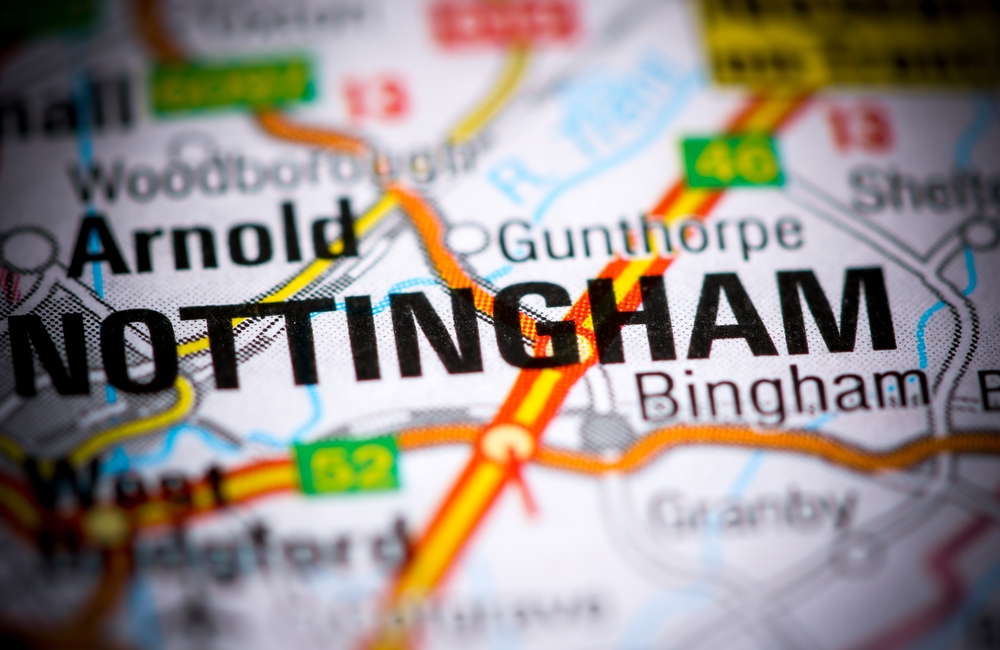 What enters your head first when you think of Nottingham?

Maybe even Kevin Costner or Bryan Adams… (apologies if you haven’t seen the film).

Well, that’s just a handful of Nottingham’s diverse history to get excited about and we haven’t even mentioned the city’s amazing period properties, superb nightlife and culture and highly-regarded schools…

When you live in Nottingham, you really do get the best of what the UK has to offer.

Steeped in history, Nottingham is a city projected into the minds of school-age children everywhere thanks to the outlaw’s antics with his Merry Men.

And despite Nottingham carrying very much a big city feel thanks to it being the ninth largest in the UK, the fact it’s surrounded by open space like the legendary Sherwood Forest means buyers and renters really do get the best of both worlds.

On top of that, Nottingham offers fantastic amenities and shopping and fast transport links to almost anywhere in the UK due to its central location.

And, despite everything Nottingham has to offer buyers and renters, property has also remained on the right side of affordable.

Property for sale in Nottingham varies depending on the area you are focusing your search.

In the city centre, the Lace Market area is one of the most desirable, with former lace factories and warehouses that have been converted into trendy, loft-style apartments.

If you’re looking for a Victorian-era home, Nottingham will definitely have something for you, with a large number of late 19th century and early 20th century homes in areas like Beeston, West Bridgford and Hockley.

For large, historical properties, buyers should head towards Nottingham Castle and Standard Hill, where some sprawling homes are available – at a cost.

Slightly further out of the city, areas to the north of Nottingham like Sherwood and Mapperley are home to some great period homes and some properties from later in the 20th century.

Nottingham’s status as a university city means many students at Nottingham Trent University live and study in the city.

Great student flats to rent are available in the Trinity Square area of the city, which also boasts a great café and bar culture.

Away from student lettings, Nottingham’s young professional renters look for great properties to rent in the Lace Market area, while Hockley has a number of great period conversions on offer alongside art house cinemas and a more bohemian community.

Nottingham is blessed with some truly superb primary schools, making the city and its suburbs brilliant places for family buyers and renters.

Blue Bell Hill Primary School and William Booth Primary are a stone’s throw from the Lace Market area of the city and are both rated ‘Good’ by Ofsted, while Haydn Primary School is in Sherwood is rated ‘Outstanding’.

Elsewhere, the following schools in Nottingham are also rated ‘Outstanding’:

There are five ‘Outstanding’ secondary schools within five miles of Nottingham City Centre.

As you might expect from a large city, Nottingham offers food fans plenty of choice when it comes to eating out.

Among the best restaurants in Nottingham, according to reviews on TripAdvisor, are:

As well as all those great places to eat, Nottingham is also home to a great number of popular bars and watering holes.

Among the best bars in Nottingham are:

Be At One – Just north of the Lace Market on Victoria Street, Be At One is one of Nottingham’s most popular cocktail bars

What to do in Nottingham

Where do we start?

The Victoria Centre and the Broadmarsh Centre are Nottingham’s two main shopping centres and are home to a huge number of high street and boutique brands.

The Theatre Royal and Royal Concert Hall, meanwhile, play host to a number of shows to satisfy the cravings the culture vultures.

Sport in Nottingham, too, is second to none with Nottingham Forest FC, Notts County FC and Nottinghamshire County Cricket Club all based in West Bridgford within less than a mile of each other.

And if you’re keen on some fresh Nottinghamshire air, Sherwood Forest, with all its history, is very much the place to be.

Is Nottingham a nice place to live?

Yes, Nottingham is a great place to live.

Like any large city, Nottingham is not without its issues, but the best thing about the city is its variety.

Families flock to areas like Beeston, Sherwood and West Bridgford, while young professional buyers and renters opt for the Lace Market and Hockley areas of Nottingham.

Whitegates has been selling, renting and managing some of Nottingham’s best homes for many years, with branches in Beeston, Lace Market and Sherwood.

Whether you’re looking for a great rental with superb transport links from Nottingham city centre, or you’re a family seeking good schools and quiet residential living, we’ll have something for you.

Contact your local branch and we’ll get you moving.