Everything you need to know about when buying a bungalow 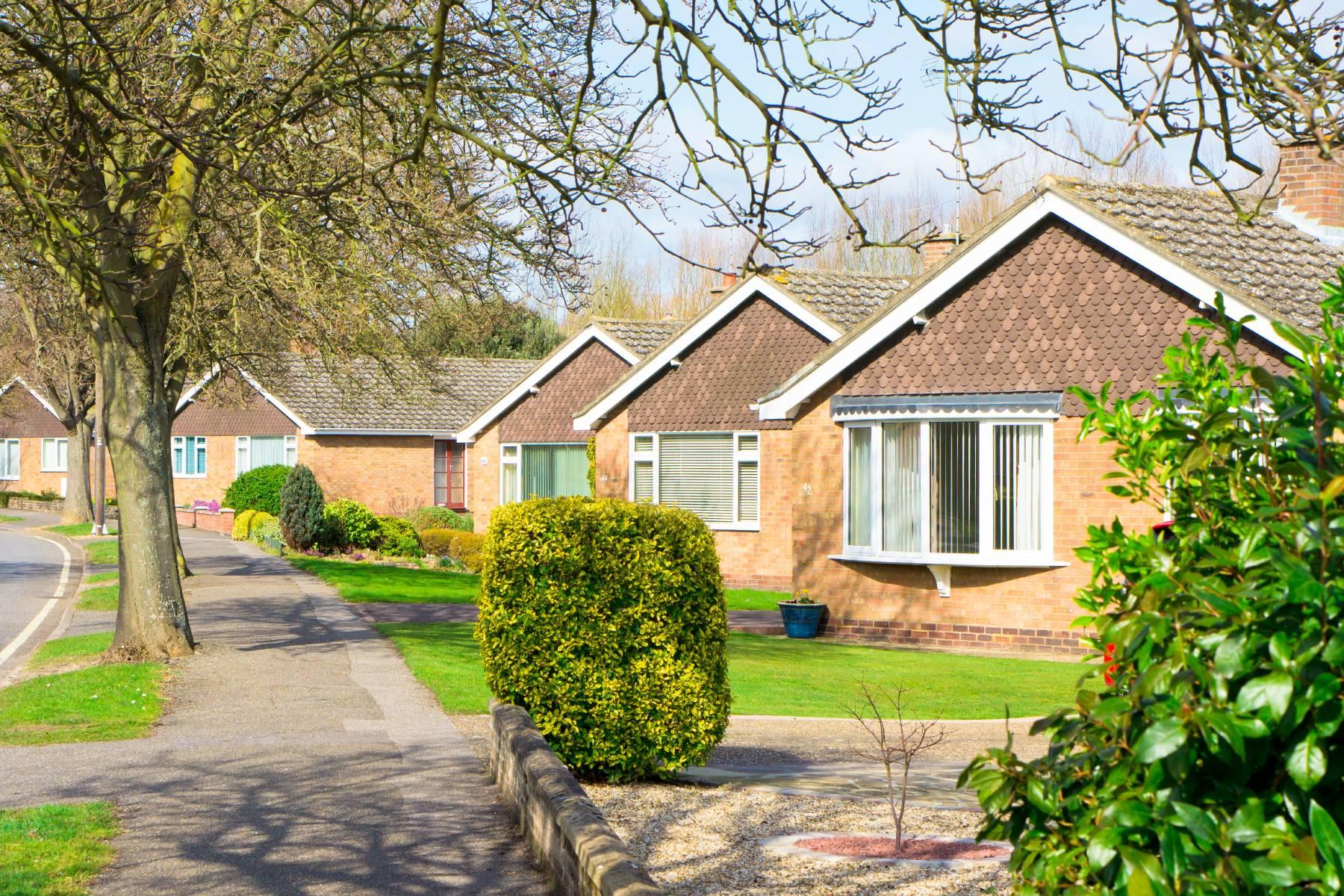 'But bungalows are purely for people who need easy access and no stairs...'

Of course, the access and space benefits (more on that further down) are huge reasons why bungalows are a good investment.

But there are many other great things about bungalows that mean they can work for property buyers of all ages.

Of course, there are also aspects of single storey living that won't work for everyone.

Let's take a look, but first let's answer some common questions about bungalows...

Where does the word bungalow come from?

The word 'bungalow' is actually formed from the Hindi word 'bangala', which refers to single-storey homes in Bengal.

Bungalows spread east first of all, to Australia and New Zealand, before becoming popular in Canada, the USA and South Africa, as well as the UK.

Many people ask about the difference between a cottage and a bungalow and this is quite simple: Cottages can have more than one storey. Bungalows don't.

Should I buy a bungalow?

Bungalow vs house is a debate many home buyers go through.

And there are a variety of reasons why you should consider both.

But first you'll need to establish whether a bungalow will work for you.

That means thinking about what you need from your next property and what you want from it, too.

For example, if you want (or need) peace and quiet, a bungalow could be a great option.

But if you need the separation from living and sleeping accommodation that an upstairs and downstairs provides, going for a bungalow could be a mistake.

Are bungalows a good investment?

Generally, bungalows are a superb investment.

Fewer are being built, because many developers don’t see single-storey properties as an effective use of land.

Yet the demand for them from buyers remains.

That means they generally hold their value well and can experience faster growth than other types of property.

What to look for when buying a bungalow

There are a few things to look out for when buying a bungalow that you may not need to consider with other types of property.

Getting a mortgage on a bungalow can sometimes be problematic if the property is built using ‘non-standard’ construction methods.

So, when you’re viewing a bungalow to buy, try to establish:

• The materials used to construct it

• The year it was built

Some bungalows were built using prefabricated concrete frames and no cavity walls – these are known as Woolaway bungalows and can be difficult to mortgage.

Colt bungalows, meanwhile, were built using timber frames and while this is still considered a ‘non-standard’ construction method, it may be easier to get a mortgage on these than a Woolaway bungalow.

Are bungalows good for buy-to-let?

Bungalows can be great options for buy-to-let investors – mainly because the demand for them is strong.

Renters, too, have switched their demands more towards outdoor space in the wake of the Covid-19 pandemic and large bungalow plots certainly offer plenty of that.

Bungalows also have great potential to add value – because they’re often on large plots, extensions are usually great ways to add square footage and, in the process, much more value.

The pros and benefits of bungalows

Most bungalows in the UK were built before the turn of the century, when the trend for fitting lots of properties on to plots of land became more prevalent.

In turn, those bigger plots mean more space between properties and so more privacy.

Large gardens are also usually a feature of bungalows and as most bungalows are surrounded by other bungalows, the single-storey nature of them means less overlooking.

Moreover, having no stairs means a bungalow can be a forever home in the truest sense of the phrase as it will be as suitable for you in later life as it is now.

2. Bungalows are great for kids

And if you have young kids, you'll know that you only need to turn your back for a second for an accident to occur.

Having a bungalow means you can keep an eye on the little ones more easily, while the large gardens associated with them are great for youngsters to explore and play in and stay safe at the same time.

Another reason why older people often opt for bungalows is because they are done with the heavy maintenance demands of owning a larger house.

If you hate vacuuming the stairs as much as most people then you can leave that behind by owning a bungalow.

And as roofs and guttering is easier to access, routine maintenance of those areas of a bungalow is a breeze compared with a larger house.

4. Scope to extend and modify

And if you own a bungalow, this style of interior design can be easier to achieve than in a two or three-storey house.

Firstly, there are fewer supporting walls in bungalows, meaning achieving that open plan feel is much easier.

And if you need more space, extending into the large back garden to create a stunning open plan kitchen / diner is usually straightforward and won't use up all that lovely outdoor space, either.

As bungalows usually attract older property buyers, the roads in which they sit are often quieter.

Space between properties also contributes to this, as does the fact that most bungalows are detached.

And with an older demographic usually living in roads dominated by bungalows, that usually means fewer cars, thus more space to park and less noise from vehicles.

The cons of bungalows

But there are fewer and fewer being built.

So, finding one that suits your needs can be a tough ask and even if you do uncover your dream one-storey home, you might end up paying a premium for it to fend off rival buyers.

Another thing some buyers dislike about bungalows is the lack of separation between the living area and bedrooms.

Those with children trying to sleep may find noise travelling through the house disturbs them.

This can also be an issue if family members wake earlier than others.

Because bungalows are often lived in by older people, younger buyers often find a lot of decoration or modernisation is needed.

This doesn't always have to be perceived as a negative, of course, but it will mean that costs are incurred bringing a property up to scratch.

Let's face it, most people like to sleep with a window open in the summer.

But this can cause security worries for those living in bungalows due to sleeping on the ground floor.

Some people don't like sleeping on the ground floor full stop - and if you feel that way, a bungalow is almost certainly not the right option for you.

As we've already established, bungalows can command a premium due to a lack of supply compared with demand.

That means you could end up paying more per square foot than you would if you were to buy a house.

With some bungalows, you could end up paying the same price as you would for a house in terms of the plot of land it sits on, yet you'll be receiving far less square footage for your money.